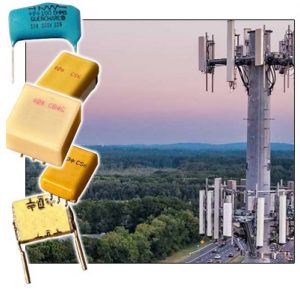 The company developed the Interleaf technology for capacitor manufacturing which is claimed to improve a device’s electrical properties and stability. in actual-use conditions. The method uses a high laminating pressure and linear stacking to produce a hybrid that resembles a multi-layer ceramic capacitor in a cross-section view but with the advantages of a stacked plastic film capacitor.